Is Your Cell Phone Infected with Mobile Malware? 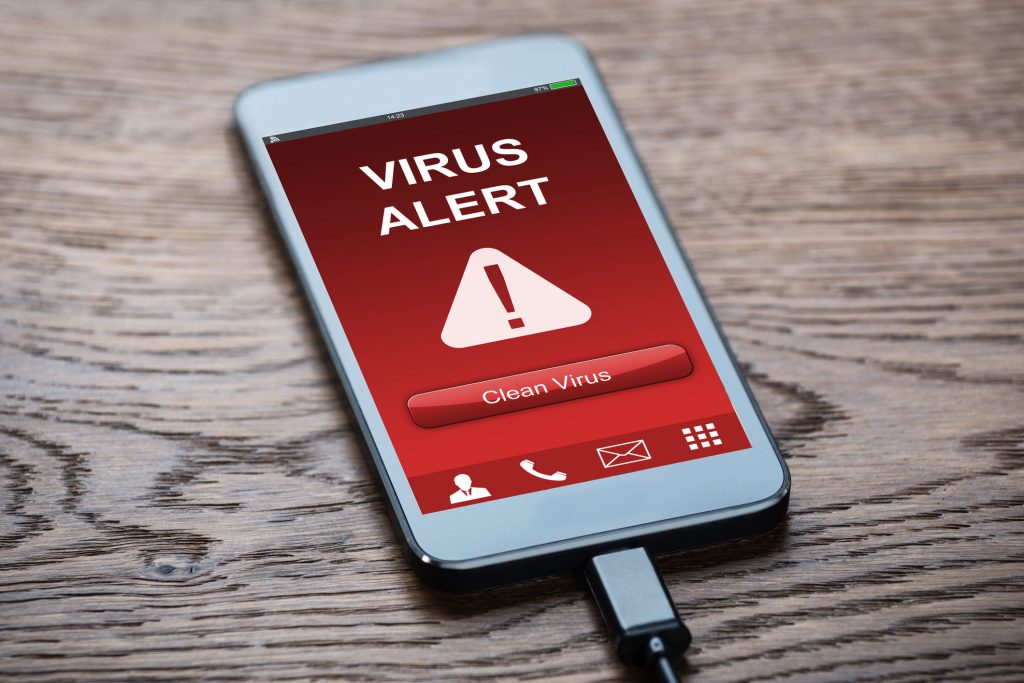 Mobile Malware Is Your Cell Phone Infected with Mobile Malware? Are your computer systems locked down and free of viruses, trojans and other malicious software? That’s great news…but what about your cell phones and tablets? Mobile malware on Android devices is on the rise, and it usually happens by doing one seemingly innocent thing.

Both Apple and Google have online stores in which you can find, buy and download your apps. Apple has the App store and Google has the Play Store. Both Apple and Google test all of the apps that they let into their stores, but Google’s controls and tests are not very rigorous and they often let some bad code get through. Google also makes it very easy to download and install apps that are found elsewhere on the web or that are sent to you via email.

And that’s the problem.

These rogue apps are often thinly disguised methods of delivering malware. The download may look like a Twitter or Facebook app, but it’s actually mobile malware that can do extensive damage. Some of the nastiest Android malware installs the Hummer virus, which TechRepublic says, causes “frequent pop-up ads and background installation of unwanted apps, games, pornographic applications, and malware. Even if a user uninstalls these apps, the trojan will reinstall them.”

As many as 1.2 million Android phones are infected daily by Hummer…and it gets worse.

Other mobile malware, like the 22 different varieties of “XBot”, can do much more than annoy you. They can empty your bank accounts.

Palo Alto Networks wrote an extensive essay on XBot and found that “It tries to steal victims’ banking credentials and credit card information via phishing pages crafted to mimic Google Play’s payment interface as well as the login pages of 7 different banks’ apps.”

That means it can spend your money.

Palo Alto goes on to explain that XBot, “can also remotely lock infected Android devices, encrypt the user’s files in external storage (e.g., SD card), and then ask for a U.S. $100 PayPal cash card as ransom.”

It won’t be long until viruses and other malware will be able to jump from one type of device to another. Imagine bringing your hacked phone into your business computer network’s WiFi and ending up with all of your company data held for ransom.

So how can you avoid mobile malware problems like these?

Our advice to you would be not to install any 3rd party apps on any mobile devices, and to only install apps that have been tested and are highly rated in the relevant app store. And, if you really want to be absolutely safe, consider switching to the more secure Apple environment for all your mobile devices.

Here at Digital Uppercut, we’re all about keeping your business technology running, which is why we offer big-business protection on a small business budget. If you have any concerns about whether your cell phones and tables might have already been infected or breached by mobile malware, Call or contact us now. We’ll also welcome your call if you just have questions about how to keep your business technology secure and protected.